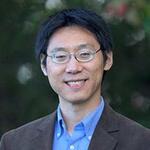 The microfabrication core offers two key microfabricated platforms and assays to enable two different measurements. First, to measure at the scale of a single cancer cell, the migration and invasiveness of melanoma and glioblastoma cell populations in response to combinations of external cues. This enables the RACE assay, analysis of the cell migration in different types of channels, and a new assay aimed at investigation of heterotypic cell communication. Second, to measure a panel of paracrine signals mediating heterotypic cell-cell communication that drive non-autonomous cancer progression.
Core 2: Animal Core 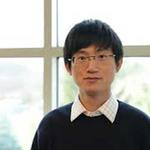 The animal core focuses on the validation of the molecular targets and mechanisms involved in phenotypic switching between proliferative and invasive cancer phenotypes. This is being achieved using novel CRISPR-based models of cancer invasion and metastasis and allows us to explore the progression of disease following genetic perturbation of molecules of interest identified in the RACE assay, for example, in the analysis of homo- and hetero-typic cell interactions. Viral libraries generated by Core 2 are used to perform in vivo high throughput analysis, aimed at assaying multiple genetic perturbations, ultimately mimicking the RACE assay in vivo. Both animal models and virus libraries will be of immense utility to researchers both at Yale and elsewhere, representing a valuable resource within the Consortium.